A bunion is a term that denotes an abnormality of the forefoot shape characterized by the great (or big) toe moving or pointing towards the little toe. 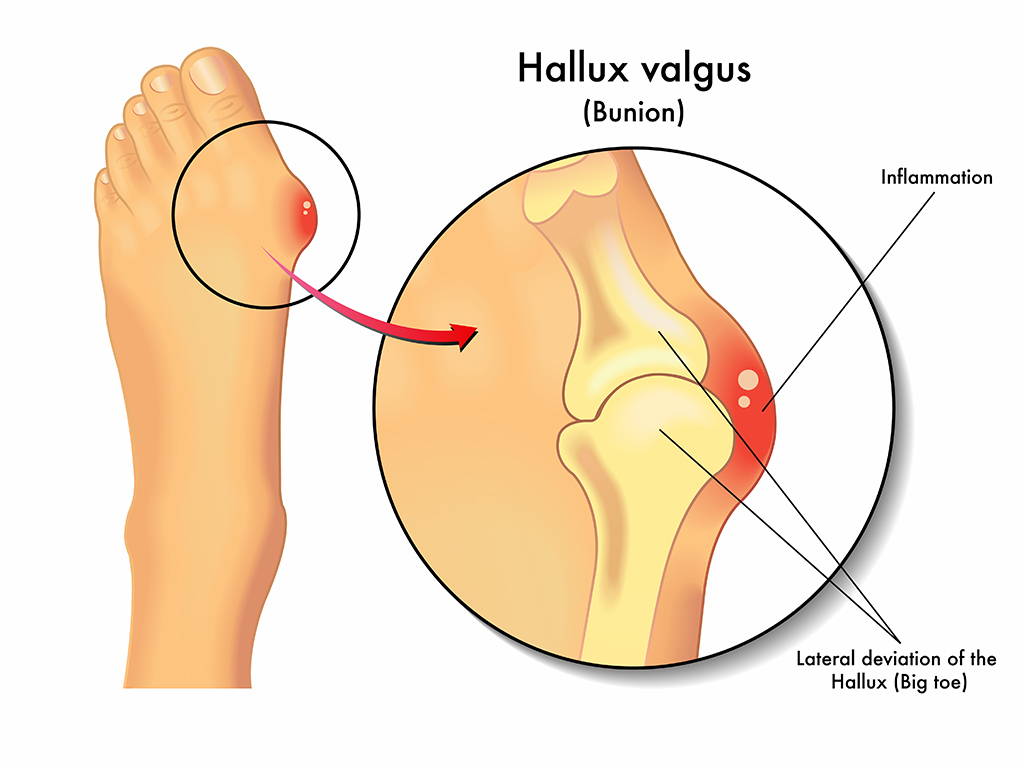 The deformity develops when big-toe joint moves away from the little toe, or towards the other foot. This results in the great toe joint pushing into the edge of your shoe on the inside part of the foot.

In addition, the joint itself becomes misshapen, and there can be damage to the cartilage (lining of the joint). Bunions are not always painful, but in many cases they are.

THE EFFECTS OF FOOTWEAR

High-heel shoes tend to be smaller in the forefoot area, or even pointed. These types of shoes simply press more on the bunion and can cause pain. However, it is unlikely that the shoe caused the bunion. Rather, evidence is mounting that bunions are a genetic problem that becomes painful over time. High-heel shoes simply cause one to notice the bunion sooner.

Bunions exist all over the world. Populations that do not wear shoes have been studied and it is thought that they have fewer bunions. Most authors of these historic studies have blamed shoes as the source of bunions in the shoed population.

However, as only certain unshod groups and tribes have been looked at, the lack of bunions could also be due to that population's genetic makeup. That is, it is not necessarily the fact that they don’t wear shoes. This is a correlation, not a fact about causation. A similar false correlation would be to say that grey hair causes back pain - it is true that older individuals tend to have back pain, but their grey hair does not cause the pain.

Indeed, bunions have been found in unshoed populations around the world. Other studies have found at least a 63% positive family history for the presence of bunions. My own experience would place the familial presence of bunions at nearly 100%.

It is usually one’s parents that have it, but occasionally it is one’s grandparents. It is important to remember that populations that wear shoes may have one set of genes, while those that do not have a different set of genes. A very large study of people in the Midwestern United States has shown that bunions are ‘highly heritable’ (Framingham Foot Study). 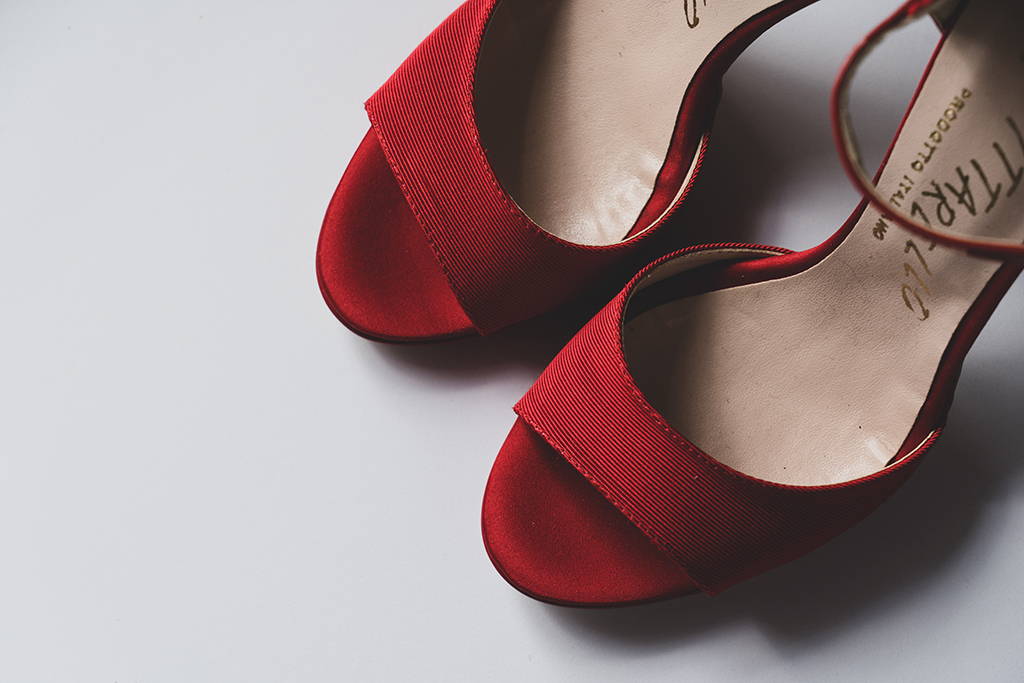 ARE HIGH HEELS THE CULPRIT?

What high heels do is simply push on a bunion that was already there. This, in turn, hurts. Because the shoes hurt, the shoe-wearer is more likely to notice (or care about) their bunion than one that is not in high heels. In other words, if a woman with a bunion wore only flip-flops she would probably never have pain from a bunion.

If the same woman had to wear high heels to work, she would eventually notice and have pain from her bunions. It is logical to then say that women suffer from bunion pain more than men do because they are more likely to wear shoes that exacerbate the bunion pain. It does not follow to say that the high-heels caused the bunion.

What high-heels may do is accelerate the progression of a bunion due to the effect of the shoe on the tendons and ligaments. However, there are a variety of braces and techniques that can be used at night to stretch the forefoot and counteract this high-heel effect.

RELIEF FROM BUNION PAIN
WITH THE HEALING SOLE

Find pain relief easily with our Palmer flip flop. Our footwear is designed to offload stress from the feet, relieve pain, and promote overall foot health. From plantar fasciitis to heel spurs, The Healing Sole can help you to find relief.

Unlike our original flip flop style, our Palmer flip flop is designed without the elevated toe ramp. This style is perfect for those with bunions, hammer toes, Hallux Rigidus, Morton's neuroma, or other conditions that are painful or sensitive for the toes or balls of the feet.

Try the Palmer for yourself today!

Dr. Meredith Warner is the creator of The Healing Sole and Well Theory. She is a board-certified and fellowship-trained Orthopedic Surgeon and Air Force Veteran.

Dr. Warner has treated countless patients for heel pain and plantar fasciitis pain in her private practice, Warner Orthopedics and Wellness. She developed The Healing Sole so that wearers can harness the body's natural healing power and have an option for everyday relief, without the need for surgery or expensive medical intervention. 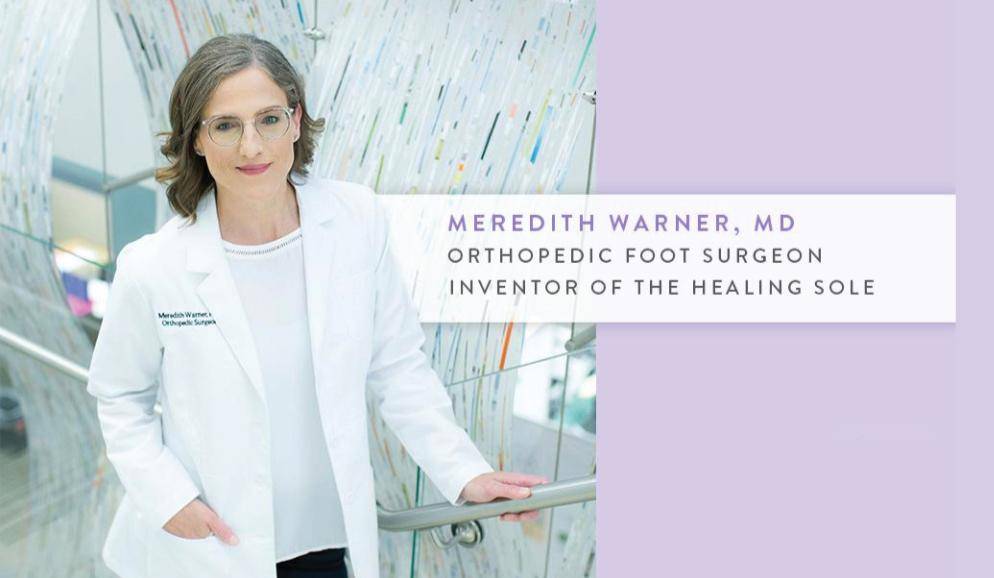 What's The Difference Between The Healing Sole Original and 2.0?

Self Treat Your Pain How CoQ10 Does More Than Muscle Recovery